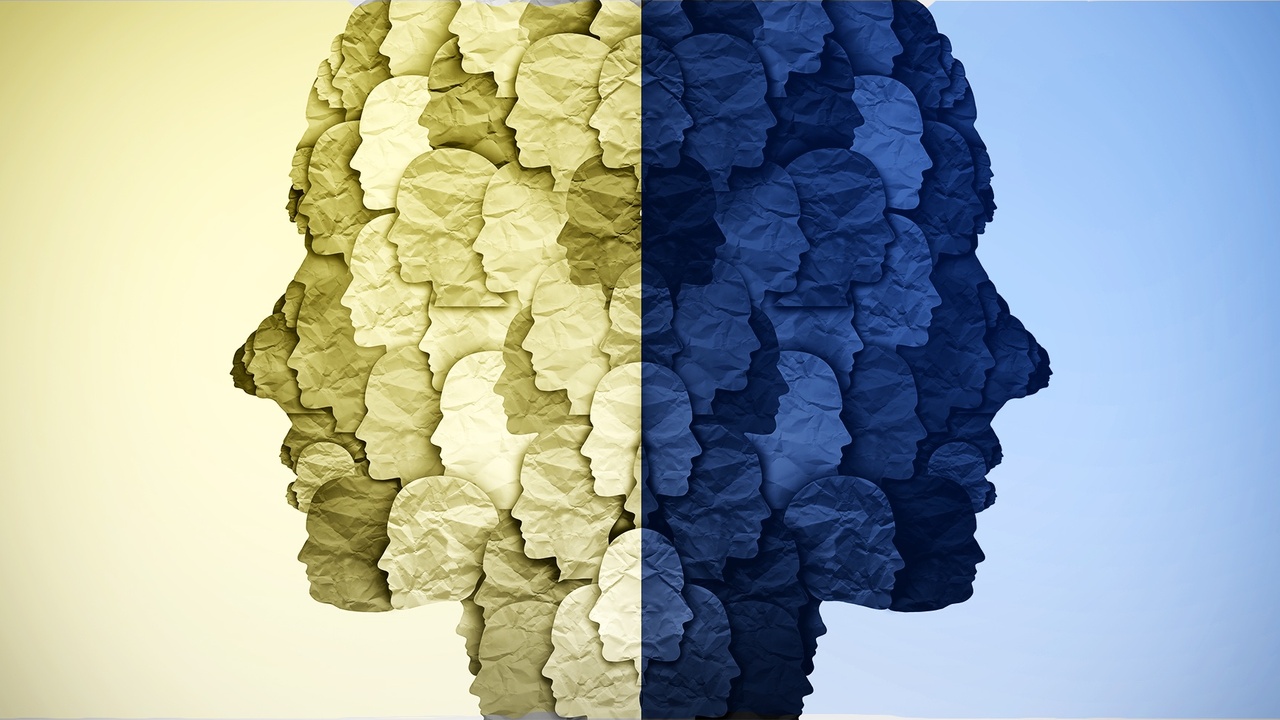 A division is occurring within the Body of Christ. Terms like "Conservative Christian" and "Liberal Christian" are being tossed around. But the true division occurring among believers is obscured by incorrect usage of such terms. If believers only look at the number of many social outreaches a particular church body is involved in, they will miss the root cause of the division entirely.

Recently I read a very heart-felt editorial from a pastor expressing distress about this division in the Body of Christ. The pastor’s concern and compassion for people were easily discernible throughout the article I read. The pastor expressed dismay that several local churches had joined together to host a men’s meeting that was designed to encourage men to be leaders in the family. The pastor felt the money spent on the meeting would have been better spent feeding the poor. The pastor felt the "Conservative Christians" within the local churches were causing the local body of Christ to fail in its mandate to bless the local community. The pastor's essay suggests that "Conservative Christians" were causing a split in the church between those who wanted to help the poor and promote social justice and those who wanted to maintain a comfortable status quo. The poster implied that showing love and grace to people was becoming anathema to the "Conservatives" in the church.

I am aware of a growing division in the Body of Christ. However, I do not entirely agree with the writer of the article mentioned above concerning the “root cause” of the division. Part of the problem, I think, is that the pastor misunderstood or misapplied the meaning of "Conservative Christian."  I suspect that the news media [at least in most cases] has never bothered to learn the proper definition of the term.

Therefore, I must ask: What, or rather, who do you think is a conservative Christian?

To answer this question properly, we must realize a significant difference exists between the definition of a political conservative and a conservative Christian. Now, in politics, to be “conservative” means to adhere to a political party’s profession of the principles of conservation, which include:

Conservatism starts from a sentiment that all mature people can readily share: the sentiment that good things are easily destroyed, but not easily created. https://www.aei.org/articles/what-does-it-mean-to-be-a-conservative-today/

Note that Mr. Scruton said nothing in this definition about caring or not caring for the poor or hurting. There is no mention of a person's religious or philosophical motivation, either.

So, what is Christian conservatism?  While different people may define this term differently, I like the definition Scott Aniol uses in "What  Does It Mean to Be 'Conservative'"? In his article, Mr. Aniol states that

He then goes on to say

Conservatism recognizes that culture is nurtured within systems of values, and that it is not created in a vacuum. Every culture-maker builds upon what has come before, and so a conservative is going to choose to build on those forms that have been nurtured within the community of faith to best express the transcendent character and nature of God.

David Heughinis expresses his view of Christian Conservatism this way,

There is nothing specifically conservative about being a Christian or specifically Christian about being a conservative.  In context, Jesus was clearly a liberal!  His feet were firmly planted in the Tanakh – the old covenant – but He instituted a new covenant in His blood.  The Christian Bible includes both an Old and a New Testament.  We say “the Old is in the New revealed, the New is in the Old concealed.”  But Jesus was not crucified for being conservative.. . . , as a Jesus follower, I am bound to what God revealed in His Word, 2,000 to 4.000 years ago, and to “contend for the faith once delivered to the saints.”  . . . .  While God reserves the right to “create a new thing,” . . . , I am deeply suspicious of new teachings and new interpretations – mine or anyone else’s.  And any idea or act that conflicts with the Bible is DOA in my mind.  That’s what a conservative Christian is.

Christianity is really beyond conservative or liberal.  Jesus Christ is the same yesterday, today and forever.  The Triune God exists outside of time and space.  He is by definition eternal.  He doesn’t change His mind, He doesn’t evolve and He doesn’t get new ideas.  He doesn’t need to – He already has all ideas. . . .  We must not confuse epistemology (our knowledge) with ontology (the Being Himself).  This much is very, very conservative.

Probably I shouldn’t put Christian and Conservative in the same title.  Or at least I should always include the conjunction ‘and.’  They are really two different things.  Christians come in both liberal and conservative, so far as politics, economics and just about everything else is concerned.  It is part of my faith to take “it is written’ and ‘right and wrong’ very seriously and conservatively,

In discussing how Christians are to use their resources, Professor Heughinis goes on to say,

Jesus followers dare not worship wealth, nor squander it in conspicuous consumption, nor horde it.  Christians are expected to use wealth constructively to benefit others.

And in speaking on politics:

We have tried to make the point that Jesus-followers are not committed to any particular political party or even economic system.  It would be nice if both the Democratic Party and the Republican Party were committed to Christian principles and the economics of stewardship. https://www.thepostemail.com/2020/09/15/what-is-a-christian-conservative/

Notice that Christian conservatives are not bound to vote for either conservative or liberal political parties.  However, they are responsible for using their resources to benefit others. This responsibility is to be performed in a way that glorifies Jesus and fulfills His teaching.  Some of the activities labeled “the social gospel” are included in this category.

Now, in some parts of the Church, “Christian liberalism” has been defined as focusing on that same “social gospel,” or what may be called the outreach work of the Body of Christ, [that is, serving as Jesus’ hands and feet in the earth today]. However, in actuality, “Liberalism” in the Body of Christ has nothing to do with outreaches to the lost or hurting. While those who call themselves Christian liberals vary widely in their beliefs, theologians [those who study God] generally define liberal theology as the attempt to reconcile Christian thought and teachings with secular science. Most liberal Christians do not consider the Bible inerrant or inspired but do believe the Bible is subject to errors. The virgin birth of Jesus is construed to be a myth. Some liberal thinkers consider Jesus, a moral teacher whose life story has been greatly exaggerated.

In His article “What Is 'Liberal Christianity?’” [August 5, 2017], Roger Olson wrote that liberal theologians had

1) A tendency to reduce the Bible to “the Christian classic” that is “inspired” insofar as it is inspiring.

2) A tendency to reduce Christianity to ethics such that doctrine is an expression of collective opinion always open to revision in light of changing cultural conditions.

3) A tendency to embrace and promote individualism in spirituality and doctrine while insisting on certain controversial ethical positions as matters of justice and therefore beyond debate.

4) A tendency to deny miracles or “demythologize” them so that belief in no miracle is essential to authentic Christian existence.

5) A tendency to emphasize the immanence of God [that is, His presence in creation—insert mine] over God’s transcendence; https://www.patheos.com/blogs/rogereolson/2017/08/what-is-liberal-christianity/

This is the source of the division, the real division, in the Church. The split is occurring along the lines of how a believer views Jesus Christ and the Bible.  Deep in his or her heart, does a person believe that Jesus Christ is the only begotten Son of the Father who died on the cross for our sins and rose again? Or is He just a good, moral teacher and a social activist?  Is the Bible the inerrant Word of God that was written by men under the direct guidance of the Holy Spirit or merely a record of moral teachings, wise saying, and histories that can inspire us? How we answer these questions and how we chose to live our lives will determine our position in this divisive conversation.

Yet the division we believers face will go deeper. The split will continue to grow until those who choose to surrender all aspects of their lives to Jesus will be a clearly defined group.

However, in response to the mislabeling of media resorts, we need to declare: A person may be theologically liberal and politically and socially conservative—or visa versa.

Jesus sent His apostles forth to share God's love, preach the Gospel, lead people into a salvation experience with Jesus Christ, and train them to become faithful disciples. When possible, they assisted the poor with their physical needs. For us to do anything else is to fail our Lord.

Actually, when it comes to outreach, mislabeled “conservative believers” and mislabeled “liberal believers”  may differ only from their starting point.   On the one hand, some incorrectly labeled “conservatives” begin by focusing on the inner man by seeking to save the soul and then provide for the needs of the person. They do this through various evangelistic programs such as preaching the gospel while supplying food and clothing and encouraging fellowship and social justice, etc. They believe, in general, that the culture or society as a whole will benefit when individuals and families become strong in the Lord. The mislabeled “liberal” believers, on the other hand, may first seek to provide for various needs such as food, clothing, fellowship, social justice, etc., so that they can reach the inner needs of a person—salvation, inner healing, deliverance, etc.

It is also true that neither a so-called conservative believer nor a so-called liberal believer may participate in helping others if they have not yet matured in their faith.

Unfortunately, the battle in the Church, the Body of Christ, is not between whether we flow as part of the “left” hand or “right” hands that I mentioned before. The battle now is whether or not we will accept Jesus as the only way to God, to accept that Jesus Christ is the only way, truth, and life. The split is whether we choose to lay down our wants and desires to follow Jesus—not a particular denomination, not a particular minister. Will we accept Jesus as our one and only Lord, and will we obey Him?

How we answer this question will affect how we distribute our money, treat other believers, interact with our neighborhoods and cities, and cast votes. Our answer will determine what church we attend and how we evaluate politics and culture. Allowing the media to mislabel fellow believers and make false assumptions about believers is not helpful or beneficial.

But if you refuse to serve the LORD, then choose today whom you will serve. Would you prefer the gods your ancestors served beyond the Euphrates? Or will it be the gods of the Amorites in whose land you now live? But as for me and my family, we will serve the LORD.”

Remember: Paul wrote of the Church being a body to show how all believers are connected, even though we have different abilities and gifts. We need both our left and right hands to stay balanced. We also need to remember that to neglect our “head” Jesus is wrong. To fail in preaching the gospel  [sharing the truth, power, and love of Jesus] is also wrong. Jesus said, “‘Love the Lord your God with all your heart and with all your soul and with all your strength and with all your mind’; and ‘Love your neighbor as yourself.’” In other words, we must worship God and be involved with our neighbors; we cannot live in ivory towers separate from the pain of the world or be so wrapped up in outreach that we lack intimacy with Jesus.

I will write more later.